Today, August 3rd is a big day for Carly Pearce! At midnight, she announced that she will be putting out a new record, she released her new song “Dear Miss Loretta,” and her Grand Ole Opry induction is tonight!

29: Written in Stone will be Pearce’s third studio album set to release on the 17th of September. This album is an extension of her successful EP “29” that was released earlier this year. It is expanding to a 15 track full length album. The record was produced by Shane McAnally and Josh Osborne as well as was co-written with some names you may recognize including, Kelsea Ballerini, Ashley McBryde, Nicolle Galyon, Sasha Sloan, Shane McAnally, and Emily Shackelton! The album has two features on it including Patty Loveless on “Dear Miss Loretta” and  Ashley McBryde is featured on “Never Wanted to Be That Girl.”  It is safe to say that this project is the most personal to date as she has co-written every track on the album. With the announcement of the EP, Pearce released the song “Dear Miss Loretta” today! This song originally debuted at the Grand Ole Opry! Watch the song debut here: https://www.youtube.com/watch?v=AnAgRcNXHPQ&t=4s.

While 29: Written in Stone documents a period of Pearce’s life marked by painful growth and change, recent months have delivered quite a few career milestones to the singer, too. For one, she has won 2 ACMs and a CMA for her song “I Hope Your Happy Now” featuring Lee Brice! But, at the top of the list would have to be her invitation to become a member of the Grand Ole Opry. The invitation was extended in June of this year by the one and only Dolly Parton. The ceremony is set for this evening, Tuesday August 3rd! In 6 years, the Opry quickly became Pearce’s home as she has played over 80 shows there!

2. “What He Didn’t Do” (Carly Pearce, Ashley Gorley, Emily Shackelton)

For more information and where you can see Carly on tour with Lady A this summer check out her website here: https://www.carlypearce.com 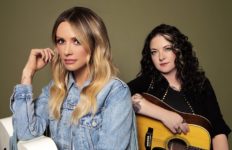 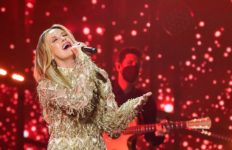 [WATCH] Carly Pearce Gives Us ‘What he Didn’t Do’ Preview→ 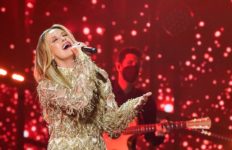 WATCH- Carly Pearce Gets Inducted Into The Grand Ole Opry→