According to YouGov, A new survey on PHOBIAS asked people about what fears they have . . . how intense they are . . . and how irrational and invasive they seem.  They asked about more than 30 phobias . . . and 83% of people had at least one.

There was also some strange things included too… 6% said they have a fear of dogs, which is understandable and not strange because people get bit when they’re little.  Some are big and aggressive.  But 3% said they’re afraid of cats- which puzzles me.  Another 3% said they’re scared of animals in general- I can’t imagine being scared of a puppy or kitten.

When asked for the intensity . . . out of all the fears, the people afraid of snakes were the most crazy about it.  Fear of flying was the next most intense . . . followed fear of fire, cats, and fear of “large bodies of water.” Large bodies of water… and me in it, in the big blue? Yes, but I also throw my self into situations that I’m afraid of…. 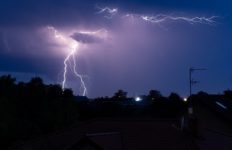