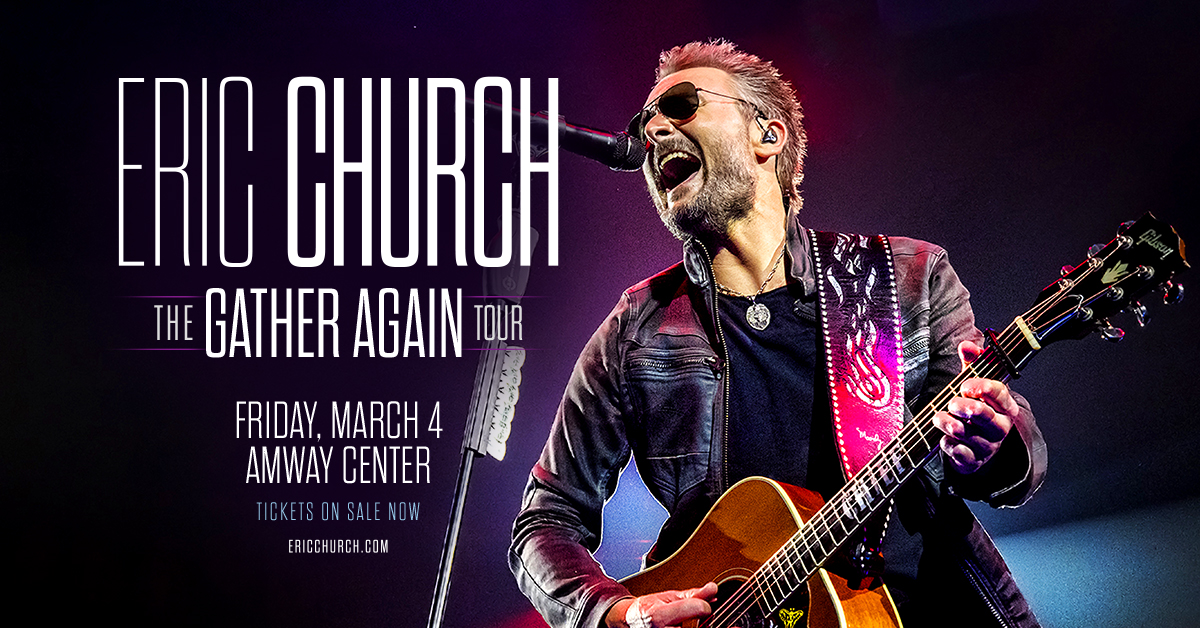 Reigning Country Music Association (CMA) Entertainer of the Year and current Academy of Country Music (ACM) Entertainer of the Year nominee Eric Church is returning to the road with a full arena tour. The Gather Again Tour visits 55 cities throughout the U.S. and Canada, culminating at Madison Square Garden in the spring of 2022. Church makes his debut performance at Orlando’s Amway Center Friday, March 4, 2022.

Making the most of the long-awaited opportunity to “gather again,” for the first time in his career, Church will perform in an in-the-round setup, with the stage at the center of each arena floor to accommodate as many fans as possible.

Church, praised by Rolling Stone in the lead review of the April 2021 print issue for how he “has maneuvered the Nashville system, remaining dedicated to the power of down-the-center hit making even as he has helped expand the parameters of the genre,” has passionately taken a leadership role in the industry’s return to touring.

Church has spent the past year releasing new music at a relentless pace; providing a glimpse into the results of a marathon session during which he spent nearly a month writing and recording a song per day – including the current Top 15 single “Hell of a View” – while sequestered in a rural North Carolina cabin, and fueling speculation of his highly-anticipated new three-part project, “Heart & Soul,” set for release this month.