It’s New Music Friday Wolf Country! Here is some of our newest favorites that you should totally check out!

How To Talk To Girls – Brantley Gilbert

Multi-Platinum selling country rocker Brantley Gilbert will be the first to admit he still finds it challenging to talk to girls. Brantley Gilbert is the first to admit he still finds it hard to talk to girls. Even when it is his wife Amber and daughter Braylen. Gilbert shares  “I’ve known Amber since we were kids. I’ve been married to her for six years now, and I’m still in awe of her. Then my daughter came along, and I realized I still struggle to find the right words to say to the girls I love.” Despite the difficulty to find words, Brantley gave some good insight into his unconditional love for his family.

Abby Anderson shares her newfound confidence in her new song entitled “Insecure.” This song celebrates being healthy and happy! It reflects on Anderson’s past and in facing her insecurities, she found freedom. The unapologetic and upbeat song  shares an inspiring message of positivity and overcoming any insecurity.

Russell Dickerson decided to revisit this song and this time it features Lady A! In 2018, Lady A’s Charles Kelley and Dickerson co-wrote this song alongside Casey Brown. This song quickly became the life of himself and his wife, Kailey. Russell recently said “I wrote this song with Charles from Lady A so bringing them in on this song felt so natural. Hillary, Charles and Dave’s legendary voices take this song to an incredible new level!”

Swindell and Wilson’s new duet follows a love story that keeps you coming back for more. Cole co-wrote this song alongside songwriters Jessi Alexander and Chase McGill. Cole was a huge fan of Lainey before the release of this song and what she brings to the song is just what was needed. These lyrics will quickly become a fan favorite!

Never Get It Back – Gabby Barrett

The lyrics set a scene of a young girl leaving home for the first time and missing her loved ones and it really brings in the nostalgia factor. This song is included on the deluxe version of Barrett’s debut project Goldmine. This song was co-written with Ross Copperman and Jon Nite!

“Fancy Like” quickly became a multi-genre hit and even got to the top spot on Billboard’s Country Airplay Chart and the top 5 on Billboard Hot 100! But his newest release “AA” dives into the sea of vulnerability and into familial anxieties and a battle with alcoholism. While this song is still upbeat, the new song does go into more personal subject matter. 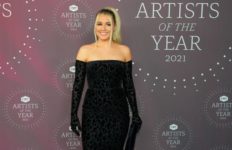 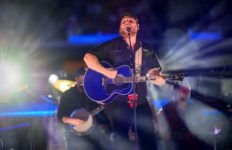 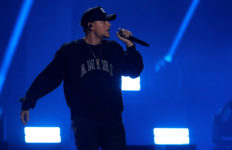 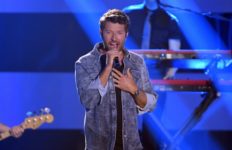