We were just talking about taking my 8-year-old daughter on this new free fall ride – YIKES! We’ll update as more info comes up. — Chad

ORLANDO, Fla. – A 14-year-old boy died late Thursday in a fall from a thrill ride in the Orlando tourist district, deputies said.

The teen fell from the Orlando Free Fall attraction at ICON Park, billed as the world’s tallest free-standing drop tower, around 11:10 p.m., according to the Orange County Sheriff’s Office. The boy was taken to a hospital, where he was pronounced dead, deputies said.

Witnesses called 911 after seeing the teen fall from the ride as it was plummeting down.

It’s not known how the boy fell from the drop tower, and an investigation is ongoing.

The Orlando Free Fall, which opened in December, takes up to 30 guests high into the air before dropping 400 feet at 70 mph. 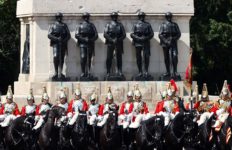