Fans just love them some Morgan Wallen. I’ve never seen any fans as loyal as country fans. First they buy a billboard of him, becuase the Billboard Music Awards have boycotted him, and he’s trying to give back now! On Wednesday he checked into Kid Rock’s Big Honky Tonk and decided to give everyone a little show. Check it out! 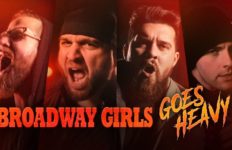 This ‘No Resolve’ Cover of Morgan Wallen’s ‘Broadway Girls’ Is SO Good!→